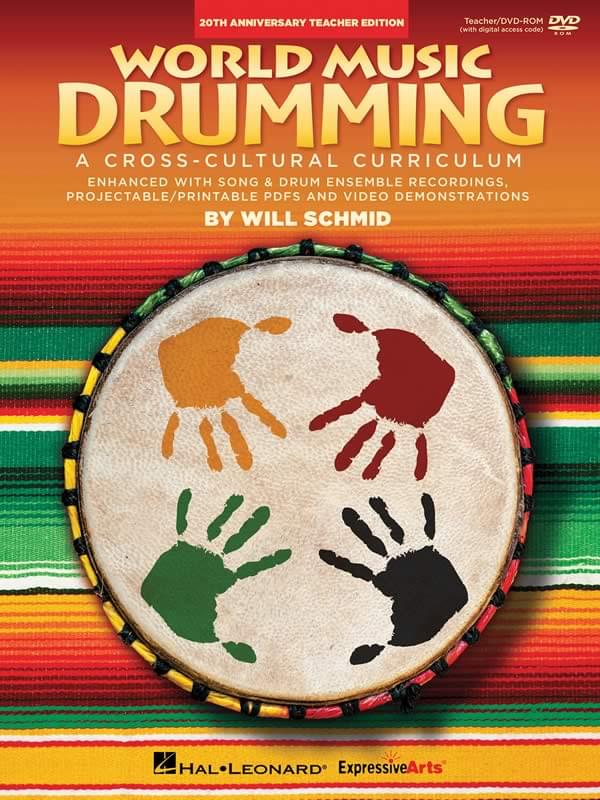 More on the topic...

Since 1996, World Music Drumming has transformed lives and built community through ensemble drumming, singing, moving, playing xylophones, and recorders. Students have developed focus, listening, teamwork, and respect while having the best time anyone can have in school. Now in over 20,000 schools worldwide, we are celebrating this success by publishing the landmark World Music Drumming 20th Anniversary Teacher Edition.

Even if you already own the first edition Teacher's Book, Cross-Cultural Student Enrichment Book, and Video, you will want this enhanced 20th Anniversary Teacher Edition with its new features and interactive layout. (Grades 6-9)

Customers Who Ordered This Also Bought:

We Sing Of America

Recorder Karate Bulletin Board Builder, The

Celebration Of Black History Through Music, A

Music From Many Lands

Christmas Around The World For Rhythm Sticks And Bucket Bands